John O’Donohue: A Guru at the Crossroads (Part 10) 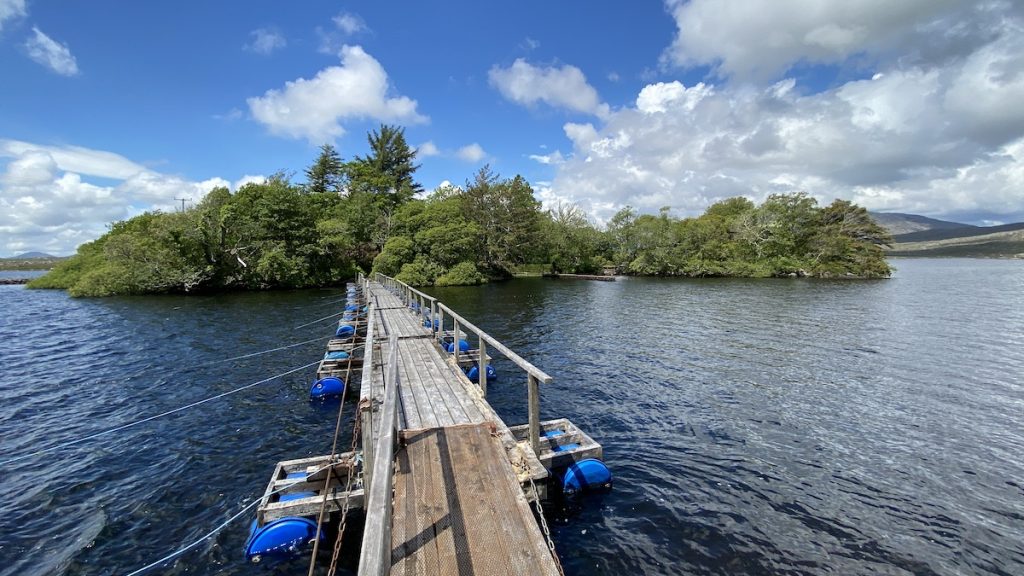 John O’Donohue, Irish philosopher, poet and best-selling author. Who was the man behind the well-known public figure? Part 10 and end of the decalogy about a rich life that ended abruptly.

In June 2021, I travelled back to Connemara. I wanted to meet people who knew John O’Donohue well, who were friends with him, who knew who he was – the person behind the public figure.

I travelled from Galway via Spiddal towards Rossaveal, where John had worked as a young priest. Where does the Connemara beginn, that I was so fond of? The money from Galway and Dublin eats ever deeper westwards into the old loneliness of the rugged landscape that John had loved so much. The new Ireland is carelessly sweeping aside the old Ireland in many places. Bulldozers and excavators turn millennia-old farmland into villa land in the blink of an eye. Ireland is reinventing itself – in disruptions, without continuity. Money is now God, consumption the new religion. Property is king. 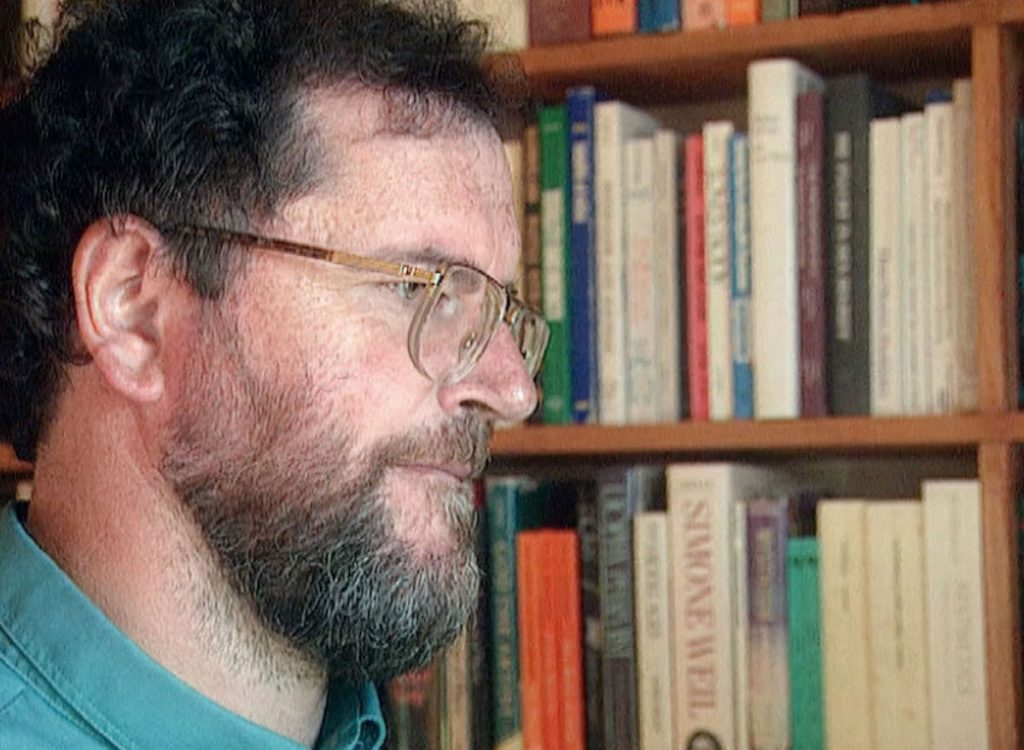 In Screebe House, a beautiful old country hotel in Rosmuc, past and future meet in the moment. On Zoom I talk to one of John O’Donohue’s best friends. He has been dealing with the abrupt death of his friend in a long creative process. We bridge decades and continents with Zoom. The man knows a lot, tells a lot, but it all has to remain confidential for now. That was the rule of the game. 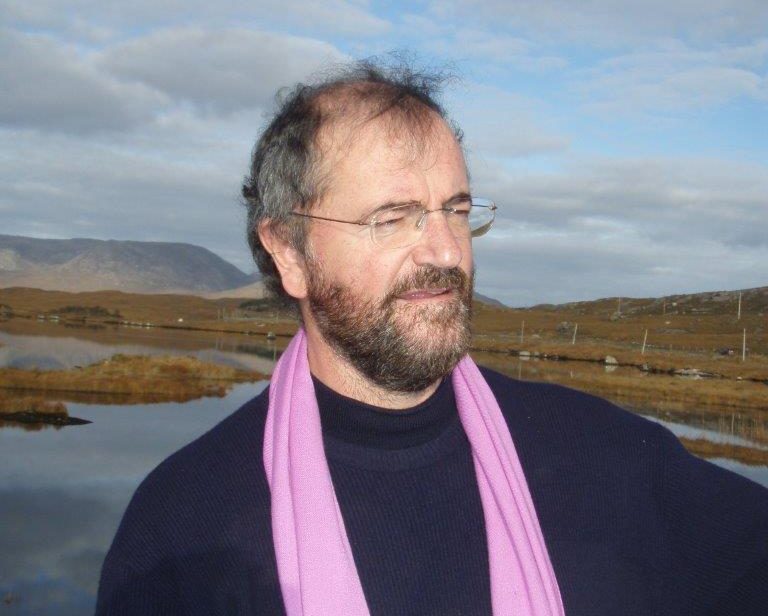 The next day I visit the old house where John had lived for many years (more details about the old cottage here). It seems even more deserted now than it did last autumn. At the front door, through which hardly anyone has passed in the past 13 years, the herbage grows tall. This place has no present. In the end, nature will take it all back. 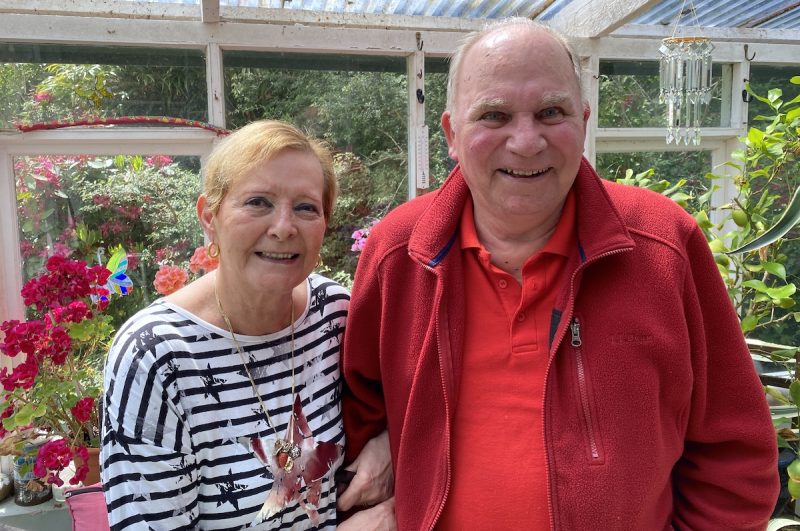 Heidi and Hans-Ruedi Hebeisen back home in Connemara

On an island in one of Connemara’s many lakes, the Hebeisens spend the summer in their historic country house. Here, to this gem of an exotic garden on the island, John often came to meet his friends Hans-Ruedi (HR) and Heidi. Often on his own, sometimes with a partner. They fished together, dined and drank together, had long philosophical conversations. They shared a love for Connemara, for good food, first-class wines, fine clothes and deep conversation.

HR and Heidi invited me to the island to talk about John. HR remembers well his last meeting with John in November 2007. He took some photos of him on the sidelines of a filming project, they arranged to meet during the Christmas Holidays. John then cancelled the meeting at short notice and, according to Hans-Ruedi’s impression, left for France unscheduled and in a hurry.

Heidi says John was under a lot of pressure at that time. He longed for a normal life, wanted to get out of public life. In the new year, another reading tour in America was on the agenda: “John didn’t want to go to America, but he felt he had to, as he had promised.”

Part 10 of the Ireland News series on John O’Donohue

Heidi feels that John had not been a happy person of late. The role of guru to a needy, esoteric following had not suited him, she says: “John had opened Pandora’s box and now found himself thrust into a role he didn’t want. He wanted to go back to his original existence.” 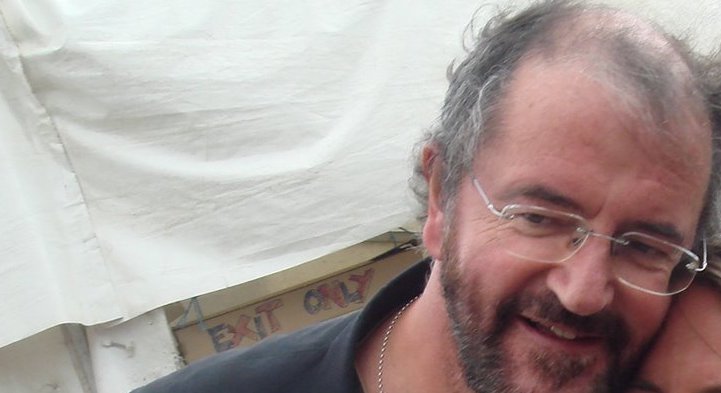 We are talking about the man John O’Donohue, the priest and ex-priest who said of himself that he had never been celibate. The Hebeisens knew that John had numerous partners. Heidi says:

“John was a man for the community. He belonged to all women. He was not made for a two-partner relationship”.

Heidi remembers walks with John, how he would naturally put his arm around her shoulder as they walked together.

“He was not afraid of physical closeness and touch. He also used touch purposefully to express his sentences and communication.”

On his last visit, John was musing about a new book project: he wanted to write about the colour red . . . 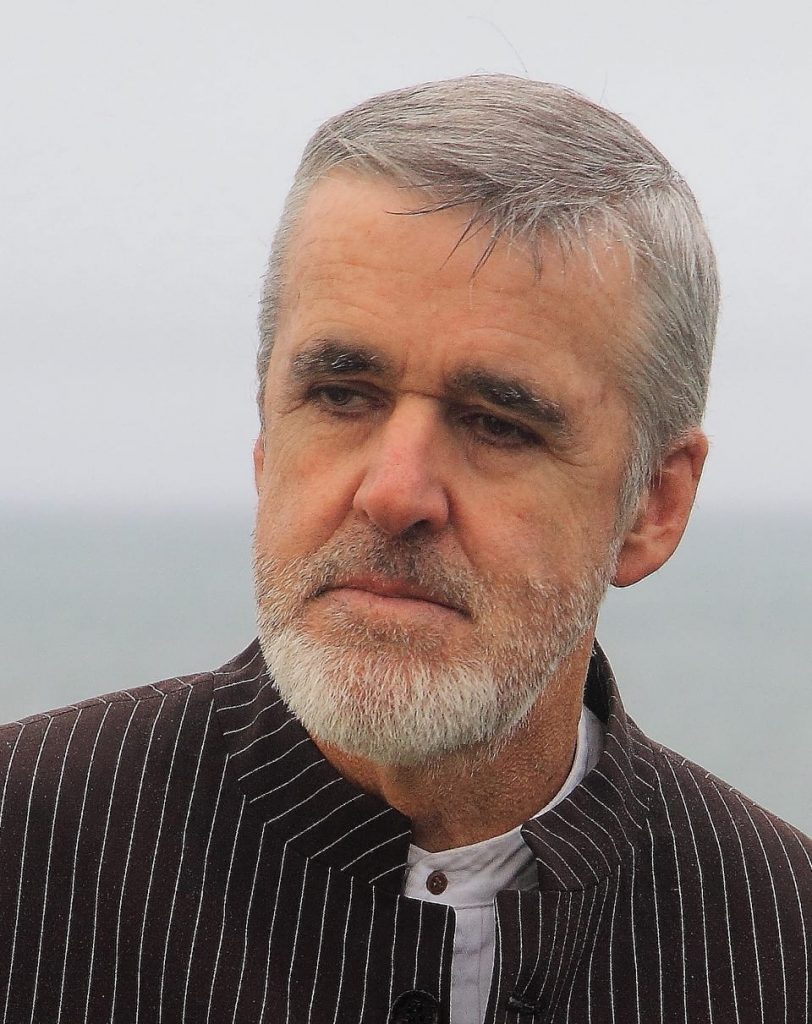 An Interview with Dara Molloy

Back in Spiddal. A Friday morning in June. I meet the Celtic priest and celebrant Dara Molloy. We sit down for a long chat. He has come to the mainland early from his home on the Aran island of Inis Mor.

Dara and John met and became friends in 1985. John then worked as a young Catholic priest in Rossaveal, Dara was a Catholic priest living as a Celtic hermit on Inis Mor. Dara would visit John at his house near the ferry terminal before catching the boat back to the island of Inis Mor.

Dara’s future wife Tess Harper was in John´s orbit even earlier. She too had studied Catholic theology at the Maynooth seminary. John then was a few years ahead of her. When Dara talks about John today, he often quotes Tess, who perceived their mutual friend from a different perspective. About John’s sudden death in early January 2008, Dara says: „I was in utter shock when John died. On TG4 I was asked to comment about John´s life and said: ‚We were like brothers‘. The reason I felt we were like brothers was that we had both removed ourselves from Roman Catholicism, and we were both rooted in Celtic spirituality. When we first met, we were both active Roman Catholic priests, so each of us made a similar journey out of the Church.“ This is the interview I did with Dara:

John gave up the priesthood after many conflicts with the Catholic Church, but his departure was very quiet . . .
Dara Molloy: John slipped away from the Roman Catholic Church, he was never clear about it. He left it wooly. I left the church too. At the end of my last Catholic Mass on Inis Mor I announced that I am leaving Church and will remain a priest to refound the Celtic Church. The bishop saw this as a threat. All the parish priests were told not to allow me into churches any more. This was the news talk in the Irish media for three days in 1996.
John never did anything of the sort. Therefore, as soon as he died the church reclaimed John, as he had not made a clear-cut exit. I was so angry when I saw the funeral with all the priests and bishops.

Did he ever get over this separation?
Dara: His conflict with the church was not resolved.