John O’Donohue: No Poet Without a Poem

What is a series of articles on John O’Donohue without his own poems, without a few samples of his texts, without some of his encouraging aphorisms or his blessings that touch us deeply?

I have approached the rights agencies of the heirs for a small licence to publish some poems and passages of text and have received “a vehement refusal”. John’s heirs have “decided against collaboration due to differing views on the life and work of John O’Donohue” (quote). 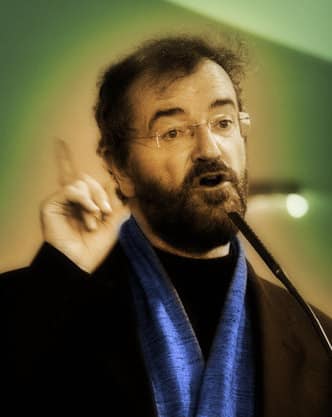 Even though the internet is flooded with O’Donohue’s poems, blessings and aphorisms, here on Irelandnews, in my own interest, I will abide by the local ban on John’s linguistic art. Otherwise it could be costly. Legal action has been threatened 🙄.

I would like to refer you to the bibliography of John O’Donohue’s work and to the wide Internet. For example, you can enter the terms John O’Donohue and Fluent, or A Morning Offer, and read the last verse slowly. . . It is worth it.

Or you can have a look here: Klick ( . . . and feel free to click on the category pictures).

The O’Donohue series here on Irlandnews will continue at the beginning of May. In the meantime, I am practising the fantasy language Gromolo. Here is a poem by an unrecognised Irish-German poet, freely translated into High Gromolo: 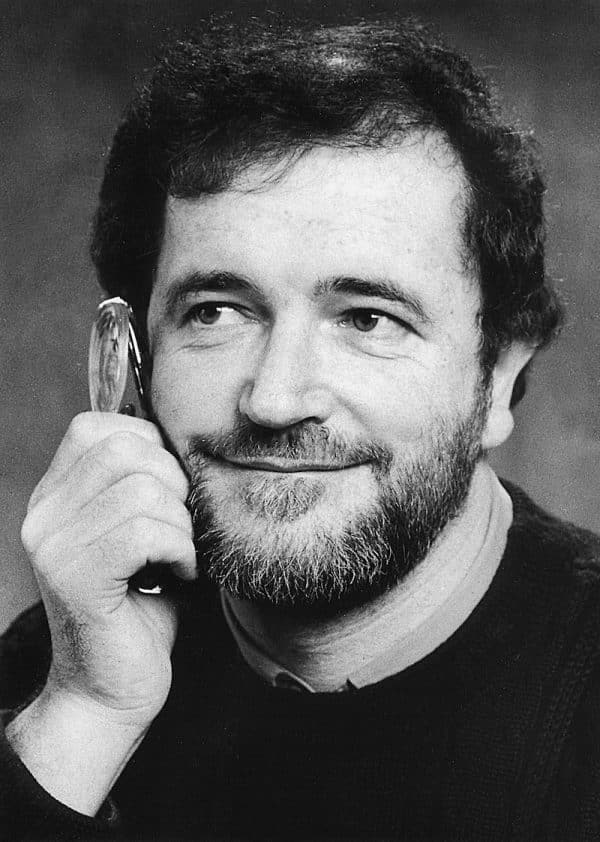 O’Donohue was a free spirit who thought Celtic as well as Christian spirituality, the mysticism of Eckhart and the philosophy of Hegel. He saw us, the living, walking on the shore of the great sea of the invisible, the imagination creating the bridges from the visible to the invisible world. He understood the deep human longing for belonging in an increasingly meaningless material world and was convinced, that human beings can overcome the fear of death – because it is a progress, not an end. His headstone reads, “Their lives have changed not ended.”

I often think of this man who taught me a lot about life, the soul, Celtic spirituality, nature. I never met him, I read his books. How often I heard his words about the soulful landscape when I walked through the rocky bog. Felt his wisdom when I moved through the mountains, understood his deep unity with nature when I stood by the sea and looked west. On 1 January 2021, John O’Donohue would have turned 65, had he not died unexpectedly 13 years ago. I would have loved to have met him. In November 2018, I started researching John’s life. It began by chance at his grave in Fanore in County Clare. I am reporting on the results of this search here on Irlandnews.