John O’Donohue: Once a Priest, always a Priest

Joe worked shifts. He often came home after midnight. When he made himself a cup of tea before going to sleep, he would usually see a second light burning through the kitchen window at the end of the village: John would still be working, too, there in the old cottage, in the Tooles’ former shop on what used to be the road through the valley to town. Joe and John liked each other, they discussed many a night to “solve the problems of this world”. Whenever John was home at his retreat in Connemara, after often being absent for weeks at a time, they would sit together again. Usually in John’s living room, “John with a glass of red wine, me with a cup of tea”, as Joe fondly remembers the deep and cosy conversations.

Part 4 of the Ireland News series on John O’Donohue

O’Donohue: Gansey instead of priest collar

In that summer of 1995, O’Donohue seemed “shaken to the core” to his neighbour. Bishop James McLoughlin had given John a choice: Either write books or be a priest. John wanted to be a priest at the time, but at the same time spend more time writing. He had already written a doctoral thesis on the German philosopher Hegel and some essays on the elements of nature. In 1994, the then small Irish publisher Salmon had published his book of poetry Echoes of Memory. It already contained the later famous poem Beannacht for his mother Josie. Now John wanted to try his hand at a larger work. He had something to say, he was full of ideas and insights, full of imagination and inspiration. But the Bishop of Galway refused him a half-day post. He gave him a choice instead.

O’Donohue decided – as friends know – with a heavy heart not to take up the post and to try his luck as a writer. He accepted the existential conflict. The momentous decision meant that he would lose his spiritual home, the church, and also that he would no longer receive a salary from the church. He was on his own.

I visited the village in Connemara where John had bought an old house back in 1990/91, in September of the Corona year 2020. That was almost 13 years after John’s death. The house looked as if he had just left it briefly to go shopping. I spoke to people in the village, I met old neighbours who knew John. I will protect the place in the interest of John’s family and that of the villagers, I will not mention its name or describe the direction. I also ask all readers to respect this and not to go looking for it. The old retreat is truly not a museum.

“Taken and shocked” was how John appeared to his neighbour Joe when he returned from talking to the bishop that summer of 1995. Swiss friend H.R. Hebeisen¹ says that John was “pretty much out of his shoes” at that time, according to his own descriptions. The man who was soon to ride the waves of success was caught in an existential conflict. And he had to see how he could earn a living. He took a teaching job at the Galway Mayo Institute of Technology, teaching humanities, and he was now living in his old cottage in Connemara. 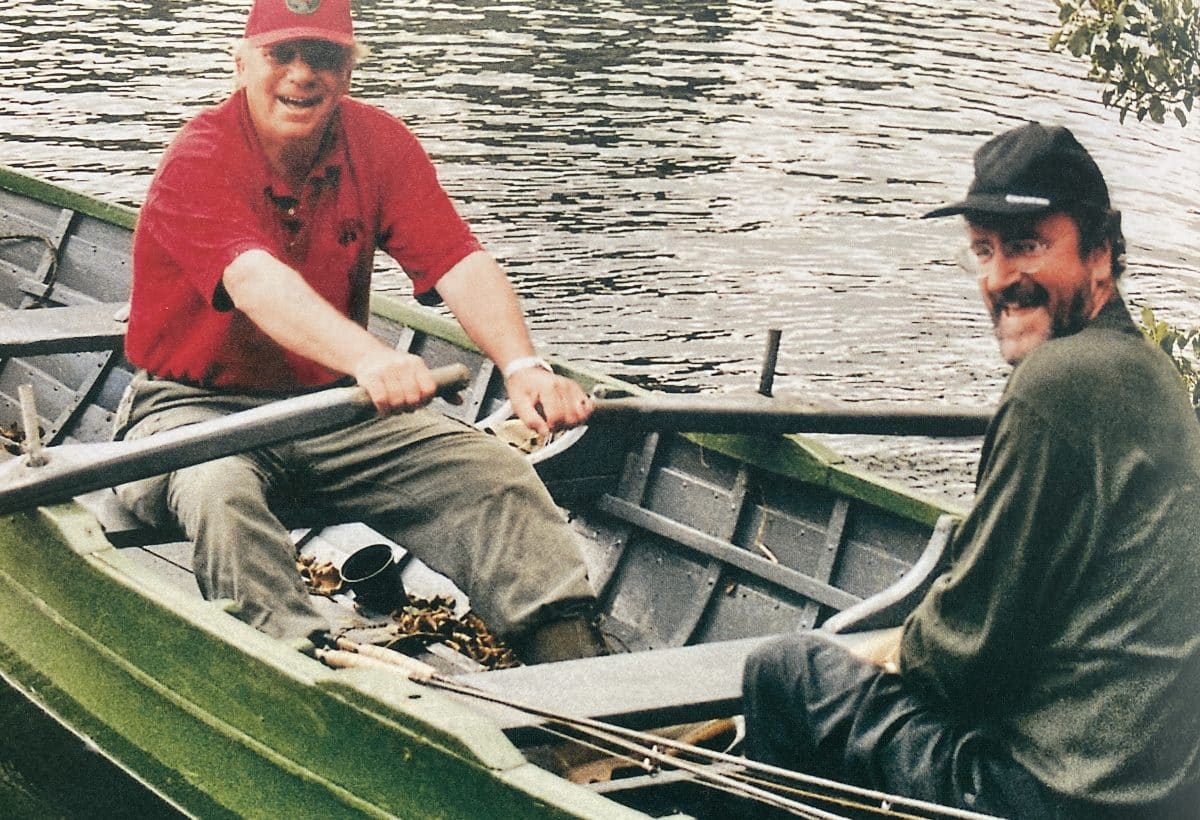 But why did his path lead him away from the Catholic Church, away from the priestly profession? Was it only the conflict with the bishop?

John belonged to a young, freer-thinking generation of Irish priests who had problems with rigid Irish Catholicism and repeatedly questioned or even challenged the authority of the authoritarian Catholic hierarchy. The young pastors created a counter-image to traditional priestly strictness and rigidity. The fact that one was more likely to meet the young priests in fisherman’s jumpers than in black suits with priestly collars was only the outward expression of a generational conflict that was being fought out over doctrinal opinions, lifestyles, professional understanding and world views. Many of these young priests questioned the Church’s attitude towards women and the institution’s hostility towards the body and sexuality, they doubted celibacy and had a different attitude towards birth control than the Church superiors.

O’Donohue responded to American journalist Diane Covington in April 2007 in a profound interview for The Sun Magazine² about his departure from the church:

“It was a difficult decision, and it did take years to make. I suppose the oxygen had become too scarce. I also found myself diverging from quite a few of the teachings. The final straw was acquiring a new bishop who exhibited and exercised a strong chemical hesitancy to my theological viewpoint. Once made, the decision brought me great peace of heart.”